Mr. McLaughlin joined Acceleron in November 2010 and is the Senior Vice President, Chief Financial Officer and Treasurer. He most recently served as Senior Vice President and Chief Financial Officer of Qteros, Inc., a cellulosic biofuels company. He was a co-founder of Aptius Education, Inc. and from 2007 through 2009 he worked as the Chief Operating Officer and a director. From 1996 through 2007, Mr. McLaughlin held several executive positions with PRAECIS Pharmaceuticals, Inc. He joined PRAECIS as their first Chief Financial Officer where he had responsibility for private financings, partnership financings, the company’s initial public offering and subsequent stock offering. Later, Mr. McLaughlin became COO, and then President and CEO, and he served as a member of the board of directors. In this capacity he was responsible for negotiating the sale of the company to GlaxoSmithKline. Since January 2015, Mr. McLaughlin has served on the board of directors of Vericel Corporation, and since August 2017 has served on the board of directors of Stealth Biotherapeutics Inc. He began his career in senior financial roles at Prime Computer and Computervision Corporation. Mr. McLaughlin received a BS in business from Northeastern University and an MBA from Babson College. 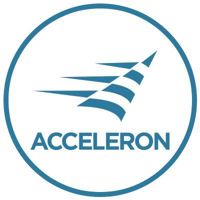