Tracey T. Travis, a member of Accenture’s board of directors since July 2017, is executive vice president and chief financial officer of The Estée Lauder Companies. As chief financial officer of The Estée Lauder Companies, Tracey is responsible for global finance, accounting, investor relations, information technology, and strategy and new business development. Before joining The Estée Lauder Companies in 2012, she was senior vice president and chief financial officer at Ralph Lauren for seven years. Previously, she served in senior financial, information technology and operations management roles at L Brands, American National Can and PepsiCo/Pepsi Bottling Group. She began her career at General Motors as an engineer and senior financial analyst. Tracey was a director of Campbell Soup Company from 2011 to 2017 and was previously a director of Jo-Ann Stores. She currently serves on the board of Lincoln Center Theater and is a trustee on the board of overseers of Columbia University’s Graduate School of Business. Tracey holds an MBA in Finance and Operations Management from Columbia University and earned a Bachelor of Science degree in Industrial Engineering from the University of Pittsburgh. 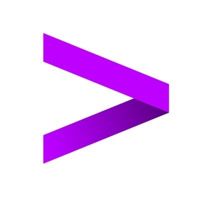