View in org chart
View in org chart
As executive vice president and CFO, John Murphy puts his more than 25 years of finance experience to work leading Adobe’s worldwide Finance and Operations team and driving continued business momentum. Previously serving as Adobe’s Chief Accounting Officer (CAO) and Corporate Controller, John has quickly built a reputation as a champion for growth and innovation by leading initiatives to help the company scale the organization and re-imagine its processes using cutting-edge technologies. Prior to joining Adobe in 2017, John was CAO and Global Controller at Qualcomm, where he managed a global team leading core financial functions for the company. Previously he spent 10 years at DIRECTV, ultimately leaving the company as senior vice president and Chief Accounting Officer and Controller. John also held senior financial positions at Experian and Nestlé and began his professional career at PWC. He has an M.B.A. from the University of Southern California’s Marshall School of Business and a B.S. in Accounting from Fordham University and is a licensed CPA (inactive). If John wasn’t Adobe’s CFO he’d be starring in his own home renovation show on HGTV. 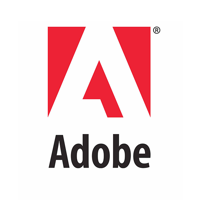