Tom McGimpsey joined Advanced Energy in April 2009 and now serves as its executive vice president and chief administrative officer. He leads the corporate development (M&A) function, the office of integration management, legal, ESG initiatives, critical projects, and other administrative duties. Prior to his promotion in September 2020, McGimpsey was the executive vice president-general counsel, government affairs, and corporate secretary. He also served as the interim chief financial officer in 2018, the corporate development (M&A) officer from 2011 to 2015, and the executive leading IT from 2010 to 2013. Prior to joining Advanced Energy, McGimpsey was vice president of operations for First Data Corporation, executive vice president of business development and chief legal officer for McDATA Corporation, and senior corporate attorney at US WEST, Inc. McGimpsey worked at national law firms in private practice and was a senior engineer for Software Technology, Inc. McGimpsey is chairman of the Colorado Higher Education Commission and was a former commissioner on the Colorado IT Commission. He is on the board of directors of CPP, Inc., a global wind and air quality engineering services company, and is an NACD governance fellow. McGimpsey received his master of business administration with distinction from Colorado State University, his juris doctor from the University of Colorado, and his bachelor of science in computer science with a minor in electrical systems from Embry-Riddle Aeronautical University. 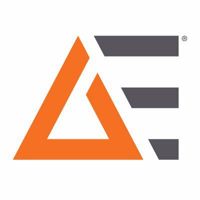