Philippe Féru comes to AEye with over 30 years of experience in cutting-edge technology industries. He has held several leadership positions in both engineering, product management and business development, bringing to markets disruptive products based on innovative optoelectronic technologies. Before joining AEye, Philippe co-founded and was COO of Décor World Services in Saint-Jean-de-Braye, France, a company offering creative laser engraving tools and services. Prior to that, he held several Product Management positions at Spectra-Physics and Coherent, leading development of new femtosecond laser technologies to serve markets such as life science imaging. During the first 13 years of his career, Philippe worked as an engineer on many large projects at CEA (Commissariat à l’Energie Atomique) in France, such as Laser Isotope Separation and Inertial Confinement Fusion. Philippe holds an M.S. in Mechanical Engineering from INSA Strasbourg, France. 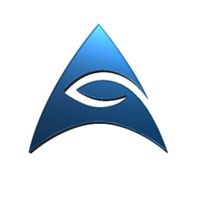