Mr. Qin Liu has served as our director since December 2014. Mr. Liu has served as managing director of Morningside Venture Capital Limited (MVCL) since June 2007 and of Evolution Capital Management Limited (ECML) since August 2018. Mr. Liu served in various roles, including as business development director for investment at Morningside IT Management Services (Shanghai) Co., Ltd before June 2007. MVCL and ECML provide advisory service to various funds and Mr. Liu has served as a director in both public and non-public portfolio companies of such funds. Mr. Liu has served as a director of Xiaomi Corporation, an internet company focused on smartphones and smart hardware connected by an IoT platform that is listed on the Main Board of the Hong Kong Stock Exchange, since May 2010. Mr. Liu has also served as a director of YY, Inc. (recently renamed JOYY Inc.), a video-based social network listed on the Nasdaq Stock Market, since June 2008. Mr. Liu previously served as a director of Xunlei Limited, a cloud-based acceleration technology company listed on the Nasdaq Stock Market, from September 2005 to April 2020. Mr. Liu received a bachelor’s degree in industrial electrical automation from the University of Science and Technology Beijing in July 1993, and a master’s degree in business administration from China Europe International Business School in April 2000. We believe Mr. Liu’s experience as a public company director and a prominent venture capitalist in China qualifies him to serve on our board of directors. 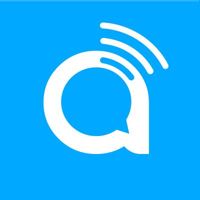