Alicia Goodman has more than 20 years of experience in international and strategic human resources planning, talent acquisition and development, and advancing organizational cultures in pharmaceutical and biotech, consumer goods, and telecommunications. Most recently, Ms. Goodman led the human resources function at Millendo Therapeutics, a biotech start-up focused on endocrine diseases. Before that, Ms. Goodman was a principal in a human resources consultancy, during which time she served as ad interim Senior Vice President, Chief People and Culture Officer for Berg IIc, a privately held biotech, as well as ad interim Global Vice President of Human Resources for Alvogen, a privately held pharmaceutical company with commercial operations in 35 countries.Previously, Ms. Goodman was with Novartis for six years, where she held several human resources roles of increasing responsibility, culminating with the position of Vice President of Human Resources for North America Consumer Health. Ms. Goodman holds an MS in human resources from Central Michigan University and a BA in social science from Michigan State University. 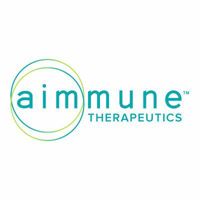