LONDON--(BUSINESS WIRE)--The customer engagement platform for major brands Airship, wants to further expand its market leadership in the EMEA region and continue to grow both in market share and awareness. In order to consistently pursue this goal, the company is placing sales responsibility in this region in the hands of Laura Schwarz, who previously demonstrated her expertise as Airship’s Country Manager for Central and Eastern Europe, where she was responsible for new business in this region, among other things.

The Munich based sales leader, will be heading the entire sales team across Europe, with the goal to support more European app owners in optimising their mobile marketing strategies.

Schwarz, who speaks several languages, looks back on a varied career with different stations. After studying International Management in Heidelberg, she first founded her own company at the age of 22. She worked for the agencies Havas and pilot before discovering SaaS tech sales for herself and developing the DACH market for the British Unicorn start-up Powa Technologies, among others. Before joining Airship, she held various management positions at Magnolia International, WEQ Global and Adobe. Schwarz is the mother of one, was a single parent for many years and has been an active participant in the cross-industry leadership network Panda — “The Women Leadership Network” — since 2017.

David King-Harris, VP Global Sales at Airship said: “Laura has a very strategic approach to building markets. She already demonstrated this impressively in her previous position and significantly boosted the business in the DACH region in a short time. So it is only logical to now put the responsibility for the EMEA region in her hands. She has the passion of a true leader and the team will benefit from this as well as from her approach to strategic new business development.”

Laura Schwarz, Director of Sales EMEA, Airship, stated: “My goal is for the market to associate the Airship name with outstanding innovation and market-leading technology in mobile marketing. We will provide clients with the highest level of service and care during and after the sales process, in order to continue to be rewarded with their trust in our organisation.” 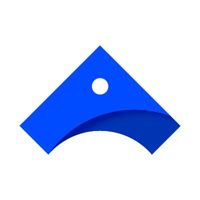 Customer engagement company Airship announced Bernardo de Albergaria will serve as its new Chief Commercial Officer. He initially joined Airship in March 2020 as an Advisor and will report to CEO and President Brett Caine. In his role on the executive team, de Albergaria will lead global marketing, sales, and partner organizations in an effort to further Airship’s go-to-market strategies and overall global growth. Prior to joining Airship, de Albergaria was the CEO of Beckon, an enterprise marketing performance analytics platform. He also spent time as the SVP and General Manager of Collaboration at Atlassian, where he led its Confluence and HipChat product lines. De Albergaria also spent 9 years at Citrix in various leadership roles. He currently serves as an advisor to BOLDstart Ventures, Catalytic, Cognixion, Envoy, and HackerOne. In a press release, Caine stated, “Bernardo brings an incredible set of go-to-market skills, with a proven track record in scaling teams and devising and executing strategies that accelerate growth for enterprise SaaS companies. We’ve created an entirely new chief commercial officer role to fully leverage his expertise and bring greater alignment across our organization, and I couldn’t be more excited to welcome him to our executive leadership team.” De Albergaria said, “Airship’s long leadership in mobile engagement and unique ability to orchestrate all channels and data, are critical capabilities for marketing and product leaders striving to provide optimal experiences in an era of ever-increasing consumer expectations. Our amazing people, products and go-to-market motion enable us to be uniquely positioned to accelerate growth in this massive customer engagement space.”