Decentralized cloud computing marketplace Akash Network has announced Jack Zampolin, is joining the company as its first VP of Product. In the role, Zampolin will be leading the product roadmap and partner in engineering efforts to move forward the company's goal to ship a decentralized marketplace for cloud computing. He will report directly to Akash CEO Greg Osuri.

"Jack Zampolin was the first user of Akash and the first outside contributor to the code base, quickly becoming a trusted advisor and investor. His unparalleled background in cloud development, blockchain, and Cosmos SDK will help us accelerate our roadmap to market. At Akash, empathy being our core value, we cannot wish for a better product manager that is first and foremost a user of the Network," said Osuri.

Zampolin brings a unique mix of product and engineering experience in both cloud infrastructure and blockchain to the Akash team. He most recently worked at Tendermint, where he was the Director of Product and development and implementation of the Interblockchain protocol product Cosmos. Before that, Zampolin served in key technical roles at Blockstack and InfluxData.

"Akash's platform leverages the best of cloud infrastructure technology and blockchain to transform the cloud computing industry," said Zampolin. "I'm excited to help build and bring to market the world's first distributed cloud computing marketplace on top of the framework I helped build at Cosmos." 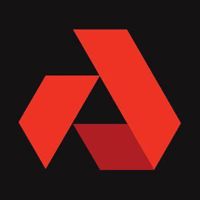