Co-founder and CTO at Alan

Charles Gorintin is a French data science and engineering leader. He is the co-founder and CTO of Alan. Alan unlocks frictionless, fair & friendly healthcare to everyone. Alan is the only new independent insurance licensed in France since 1986. The company raised more than €75m with leading investors such as Index Ventures and DST Global since its creation in 2016. Prior to co-founding Alan, Charles Gorintin was a data science leader at fast-growing social networks, Facebook, Instagram, and Twitter, where he worked on fighting fake accounts, on growth, and on social psychology. Gorintin holds a Masters degree in Mathematics and Computer Science from Ecole des Ponts ParisTech, a Masters degree in Machine Learning from ENS Paris-Saclay, and a Masters of Financial Engineering from UC Berkeley - Haas School of Business. 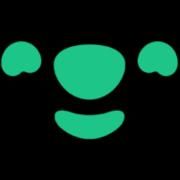