Constance von Muehlen serves as executive vice president and chief operating officer of Alaska Airlines, overseeing the day-to-day operations on the ground and in the air. A 30-year aviation veteran who received her leadership training flying Black Hawk helicopters as a captain in the U.S. Army, Constance brings a proven track record of safety and operational excellence to the role. With a reputation for valuing people and doing the right thing, she approaches her work emphasizing safety, data analysis and continuous improvement in service to our guests and the frontline employee team. Constance most recently served as Alaska’s senior vice president of maintenance and engineering, where she led all safety, compliance and operational performance of the airline's mainline Boeing and Airbus fleet. She previously served chief operating officer at Alaska Air Group’s regional carrier Horizon Air from 2018 to 2019. Constance joined Alaska Airlines in 2011, and spent her initial years in various maintenance leadership roles, including as managing director of airframe, engine and component maintenance. Concurrently, she oversaw the Virgin America technical operations team, and was responsible for all aspects of Airbus fleet maintenance. Before joining Alaska, Constance spent 20 years in aviation maintenance, including her role as general manager of Pratt and Whitney Canada's service center in Saint-Hubert, Quebec, and as director of airframe maintenance at Air Canada. Constance began her career as an aviation officer in the U.S. Army, flying helicopters and leading flight operations throughout the world. She holds an FAA Commercial Instrument Helicopter Pilot’s License, graduated with a Bachelor’s degree from Johns Hopkins University and is a certified Six Sigma Black Belt. Most recently, Constance graduated from the Executive MBA program at the Foster School of Business at the University of Washington. 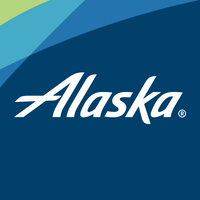