Jeffrey (Jeff) Heeter is Executive Vice President, General Counsel and Secretary for Alcoa Corporation. In this role, Jeff has overall responsibility for Alcoa’s legal, compliance, and governance matters globally. Jeff is a member of Alcoa’s Executive Team, which sets strategy for the Company. Prior to the separation of Alcoa Inc. into two independent, publicly-traded companies, Jeff served as Assistant General Counsel for Alcoa Inc. and as an Assistant Officer of the company. As Assistant General Counsel, Jeff was responsible for the management and integration of the international legal functions of the company in Russia, China, Europe, Australia and Latin America. Prior to assuming this role, Jeff was Group Counsel for Alcoa Global Primary Products from 2010 to 2014. From 2008 to 2010, he was General Counsel of Alcoa of Australia located in Perth, Australia. Jeff joined Alcoa in 1998 as Associate Counsel in the company's Legal Department in Pittsburgh. Over the course of his Alcoa career, Jeff has served as business unit counsel for several businesses within the Global Primary Products group, including the former Alcoa World Chemicals business and the Alcoa World Alumina-Atlantic refining business. In addition to his business unit counseling roles, Jeff has provided legal counsel in the mergers and acquisitions area for transactions across Alcoa’s portfolio of businesses. In this capacity, he has advised on a variety of acquisition, divestiture and greenfield development projects, including the divestiture of the global Alcoa World Chemicals business segment, and the negotiation of development projects with the governments of Iceland, Ghana and Suriname. Jeff graduated from Penn State University in 1988, with a degree in Quantitative Business Analysis, and earned a Master of Business Administration Degree from the University of Pittsburgh in 1989. He worked as a project manager for a rail transportation equipment company in Pittsburgh before completing his JD, cum laude, from Duquesne University in 1995. Prior to joining Alcoa, Jeff worked in a private practice as a litigation associate. 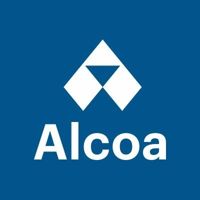