VP of Business Development at Altamira

Daniel Whalen is Vice President of Business Development for Altamira Technologies Corporation, a data analytics and advanced engineering company supporting the U.S. national security community headquartered in McLean, Virginia. As Vice President of Business Development with Altamira Technologies Corporation, Dan has primary responsibility for company-wide business development and capture. Prior to joining Altamira, Dan served in senior program management and business development roles with Boeing and Lockheed Martin. Previously, as a career Army intelligence officer, he served in leadership, operational and technical roles with DIA, NGA and ODNI on the National Intelligence Council. Dan holds a bachelor of science in Marketing Management from Siena College, an MBA from Brenau University and a Masters of Science in Strategic Intelligence from the Defense Intelligence University. He is a doctoral candidate at George Washington University. 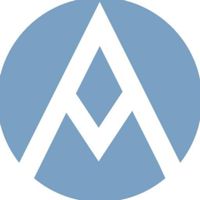