Board Member at American Express

Ms. Wardell has served as President and CEO of Adtalem, a leading provider of workforce solutions and educational services since 2016, and was elected Chairman of the Board in 2019. Ms. Wardell has led the acquisition and integration of companies in Adtalem’s financial services vertical, including ACAMS, the largest membership organization for Anti-Financial Crime professionals globally, as well as the turnaround and sale of Adtalem’s non-core assets. She has also focused the company on enhancing the diverse representation of its senior leadership and Board. Prior to Adtalem, Ms. Wardell was Executive Vice President and Chief Operating Officer of The RLJ Companies, a strategic investment firm, where she was responsible for strategic partnerships, mergers and acquisitions, business strategy, operations and finance. She previously served as a principal at private-equity firm Katalyst Venture Partners, which invested in technology start-up companies; was a senior consultant in Accenture’s communications and technology strategic services practice; and served as an attorney in the commercial wireless division of the Federal Communications Commission. Ms. Wardell currently serves on the boards of Lowe’s Companies Inc. and THINK450, the innovation and business development arm of the National Basketball Players Association. She is also a member of the Executive Committee of The Business Council, The Executive Leadership Council, and CEO Action for Diversity and Inclusion. She was named by Black Enterprise magazine as one of the “300 Most Powerful Executives in Corporate America” in 2017 and has been featured on CNBC as well as in The Wall Street Journal, Washington Post, Business Insider and other publications. Ms. Wardell received a bachelor’s degree from Vassar College and a law degree from Stanford University. She received an MBA from the University of Pennsylvania’s Wharton School of Business. 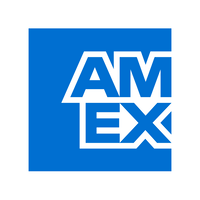