RaShawn Mitchell is senior director, government relations at the American Gaming Association (AGA). He brings nearly 12 years of experience in D.C. to the AGA’s government relations team. In his role, Mitchell advocates for the AGA’s priorities on Capitol Hill and with federal policymakers. Before joining the AGA, Mitchell served as deputy chief of staff and legislative director in the office of Rep. Joe Cunningham (D-SC) after originally getting his start around town working for Rep. Kendrick B. Meek (D-FL). In between stints on Capitol Hill, he served in the Obama Administration at NASA headquarters and the Office of Management and Budget. Mitchell has also held government affairs roles at the Natural Resources Defense Council and the National Wildlife Federation. Mitchell holds a degree in political science from Florida Agricultural and Mechanical University. In his spare time, he enjoys cooking, fishing, and traveling the country to discover the best farmers markets and local eateries. 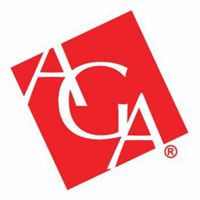