SEATTLE--(BUSINESS WIRE)--Amerigroup Washington, a wholly owned subsidiary of Anthem, Inc., has appointed Anthony E. Woods to serve as president of its Medicaid health plan. Mr. Woods previously served as the Medicaid plan president of Amerigroup’s affiliated plan, Anthem Blue Cross and Blue Shield of Wisconsin. He succeeds Craig Smith, who is assuming another leadership role in the organization.

In his new role, Mr. Woods is responsible for all aspects of the health plan’s operations across the state, ensuring its more than 236,000 members receive access to high quality care. He will also lead efforts to strengthen relationships in the community, with state leaders and among health and social services providers.

“Anthony is a trusted and highly respected senior leader who has extensive knowledge of Medicaid health plan operations as well as a passion for serving communities,” said Dr. Barsam Kasravi, president of Anthem’s Medicaid West Region. “He has been recognized as a strong, influential and dynamic leader who is capable of guiding Amerigroup through a time of tremendous growth and transformational change. We look forward to his ongoing leadership as we continue to improve health and lives across Washington.”

Mr. Woods has nearly 20 years of experience as a Medicaid health plan leader. He began his career with Amerigroup’s parent company as a vice president of Sales and Marketing in New York in 2009. He then spent several years leading provider solutions and Medicaid operations before assuming the company’s Wisconsin Medicaid plan president role in 2018. Mr. Woods has also served as a member of the board of the North Brooklynn YMCA and a member of the managing board of the Brooklyn Chamber of Commerce. Additionally, in 2019, he was named as one of Wisconsin’s most influential Black leaders.

“Washington has one of the most progressive, innovative and established Medicaid programs in the country, and I’m honored for the opportunity to support this program, while working to enhance services, quality and health outcomes for the thousands of Washingtonians who rely on Amerigroup,” said Mr. Woods. “I’m thrilled to call Washington my new home and look forward to collaborations that enhance lives across our great state.”

Amerigroup has served Washington’s Medicaid consumers since 2012, and has provided more than 20 years of innovative, industry-leading Medicaid solutions that improve quality of care and deliver better health outcomes to consumers and communities across the nation. To learn more about Amerigroup Washington and its services, visit www.myamerigroup.com/wa. 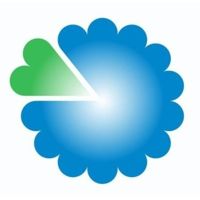