Fred has more than 15 years of experience in venture capital. He currently invests in infrastructure, with a focus on digital media, and on specific sectors in clean tech. He is currently involved with 21ViaNet, Aryaka Networks, Avaak, ClearLeap, Exalt Communications, Enovix, Netcordia, Ankeena, and Soliant Energy. He has led investments in successful companies such as Aruba Networks (ARUN), Illuminet (ILUM), Modulus Video (acquired by Motorola), Network Access Solutions (NASC), Orative (acquired by Cisco), SevenSpace (acquired by Sun), Speedera Networks (acquired by Akamai), and Tut Systems (TUTS). Prior to joining Trinity Ventures in 1999, he was a partner at Spectrum Equity Investors, making investments in infrastructure companies. Previously, Fred worked at The Boston Consulting Group working with clients such as Pacific Gas & Electric, Electric Power Research Institute (EPRI), AT&T, and Apple Computer. Before BCG, Fred held operating positions in the New Technologies Group at Pacific Bell and at Intuit. Fred is the President of the Western Association of Venture Capital (WAVC), an advisor to the National Association of Corporate Directors (NACD), and is actively involved with the Harvard Business School Alumni Association of Northern California and the Stanford Challenge. Fred received his M.B.A. from Harvard Business School, his M.S. in Industrial Engineering from Stanford University, and his B.S. in Electrical Engineering from Stanford University. 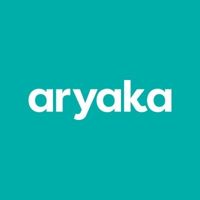