CEO and Co-Founder at Aspiration

Andrei Cherny has spent nearly twenty years working to make the financial system more open and fair. He combines a background as an advisor to some of America's top companies, the co-founder and president of a media start-up, a financial fraud prosecutor, a historian, a White House aide, a Navy reserve officer, and a nationally-recognized economic policy expert. Andrei has provided strategic counsel to companies such as Intel, Qualcomm, and Bank of America. He launched and grew Democracy Journal to one of the most widely read idea journals in America. There, he helped start the successful fight for the new Consumer Financial Protection Bureau. A former Clinton White House aide, he was the youngest White House speechwriter in American history. His 2000 book, The Next Deal, showed how business and government would be transformed by people's demands for more and better choices. He is also the author of the The Candy Bombers. He graduated from Harvard University and from the University of California Berkeley law school. 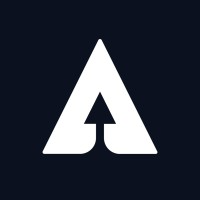