Assembly Payments announced it has appointed Tim Dickinson and Rimal Gokani as its new co-CEOs, following the company’s joint venture with global bank Standard Chartered. The two will replace Co-Founder and former CEO Simon Lee, who will take a position on Assembly Payments’ Board of Directors.

The company also announced Paul Naphtali, Guatam Jain, and David Howes have joined its Board of Directors.

Dickinson brings more than 15 years of technology industry experience helping banks and telcos maximize technology investments while supporting their adoption of cloud-based services. Rimal Gokani is a digital payments expert for emerging and developing markets with has over 15 years of technology and banking industry experience. Prior to joining Assembly Payments he was a senior member of Standard Chartered Ventures.

Lee stated, “After 6 years of running at 100% it is now time to slow down a little. Handing the baton to Tim and Rimal was an easy decision as they are great strategic operators. I'm grateful to see Assembly in their safe hands. Stepping back as a founder is always hard, but, together with the board I will continue to give my support when needed, as they take Assembly from being one of Australia’s most prominent fintechs to a globalised business.”

Dickinson added, “This transition is a result of almost a year’s worth of planning and structuring. It’s exciting to finally be able to announce this shift to the market and show that we’re ready for the next stage of our growth There has never been a greater need for global timely and effective payment technology. The speed and fluidity of payments could be the difference in dampening the blow of the ongoing COVID-19 led crisis.”

Gokani said, “Our joint venture with Standard Chartered puts Assembly in a unique position to roll out its payment technology globally at an expedited rate across Asia and Europe. This is an exciting time for the payment technology industry and with its great team, agile technology and years of industry experience through the partnership Assembly has all the right ingredients to take the global payments world by storm.” 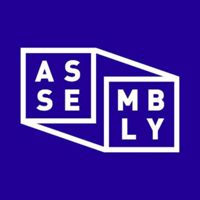