As Chairman and CEO, Scott Silk provides Astadia’s vision and direction. Working with our executive team and business leaders, Scott sets our business agenda, implements strategy and guides our growth efforts. Scott joined Astadia in 2016, bringing three decades of experience and noteworthy success as a leader in the technology space. Most recently, Scott was President and CEO of SeeWhy, a Massachusetts-based leader in real-time marketing and business intelligence solutions company acquired by SAP in 2015. Previously, Scott was President and CEO of Action Engine Corp. where he established the company’s mobile application platform as a leader in the market and led the company’s eventual sale to Mobui Corp. Before that, he was General Manager at ePresence and helped establish the company as a leader in the Identity Management segment, increased shareholder value by more than 100 percent, and was instrumental in the sale of the company’s security and identity management services to Unisys Corp. Among other roles, Scott also served as President of North American Operations and Vice President of Worldwide Marketing for Gentia Software, Inc. where he helped double the company’s North American software revenues to $20 million. Scott received a bachelor’s degree in Business and Marketing from The Max M. Fisher College of Business at Ohio State University and his MBA from Baldwin Wallace University. 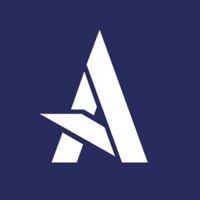