Gavin S. Baker is the Founder, Managing Partner and Chief Investment Officer of Atreides Management, LP which is a crossover fund that invests in high growth consumer and technology companies across both public and private markets with a long term perspective. Gavin is currently on the board of directors for Xsight Labs, which is a semiconductor company in Israel focused on cloud infrastructure technologies. Gavin has been a guest on Patrick O’Shaughnessy’s podcast, “Invest Like the Best,” twice, first in November, 2019 and then again in April, 2020. Prior to founding Atreides in 2019, Gavin was at Fidelity Investments from 1999 – 2017, most recently as the portfolio manager of the Fidelity OTC Fund from 2009 – 2017. The $17 billion Fidelity OTC Fund outperformed over 99% of its Morningstar peers and won 6 Lipper awards over Gavin’s 8-year tenure as portfolio manager. Gavin was the Boston Globe’s Fund Manager of the Year in 2014 and his performance was recognized by articles in the New York Times, Barron’s, Investor’s Business Daily and the Wall Street Journal. He helped spearhead Fidelity’s venture capital investing and was a board observer at Nutanix, 23andMe, Jet.com, AppNexus, Dataminr, Taboola and Roku, among others, in addition to making venture investments in Twilio, Redfin, SpaceX and Uber. Prior to managing the OTC fund at Fidelity, Gavin covered semiconductors, pharmaceuticals, retail, consumer products, media and telecommunications at various times as an analyst and often also managed the corresponding Select fund at Fidelity. Gavin earned an AB in economics and history from Dartmouth College in 1999. Gavin enjoys skiing at Alta, heli-skiing anywhere, playing videogames, especially Destiny 2, and is looking forward to the next iteration of the Elder Scrolls. He wishes that he were better at both ping pong and chess. Gavin has read the Culture, Hyperion, Dune, Zones of Thought, Lord of the Rings and the Game of Thrones series more than once. He doesn't believe season 3 of "The Wire" will ever be surpassed although “Downton Abbey” came very close. Favorite poem is “Ode to a Nightingale.” Gavin grew up in Houston, Texas and currently lives in Boston, MA. 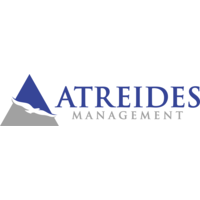