Jason Kilar is a technology and media executive/entrepreneur that has invested his career in the creation, building and/or scaling of missionary companies that obsess over customers. Three days after his final graduate school exam in the spring of 1997, Jason was fortunate to join a relatively small, private company that sold books over the internet. Over the next nearly 9 years, Jason served in a variety of leadership roles at Amazon.com. Jason ran Amazon's books, music, and video businesses across North America and, following that, was responsible for Worldwide Application Software (which included Amazon's Marketplace businesses and the original designs for Amazon Prime and Fulfillment by Amazon). After Amazon, Jason became the founding CEO of Hulu, the award-winning online video service. In partnership with a world class team, Jason grew Hulu from its inception in 2007 to over $1 billion in revenue in 2013. In the fall of 2013, Jason co-founded and became CEO of Vessel, a next-generation online video service backed by Benchmark, Bezos Expeditions, and Greylock Partners. Vessel was acquired by Verizon Communications in 2016 such that Vessel's technology and product could power Verizon's over the top video efforts. Jason began his career with The Walt Disney Company in 1993. He received his M.B.A. from Harvard Business School in 1997 and graduated Phi Beta Kappa from The University of North Carolina at Chapel Hill. Jason has served on the Boards of DreamWorks Animation (acquired by Comcast) and Brighter (acquired by Cigna) and currently serves on the board of Univision Communications. Jason is an active investor and advisor to early stage companies in Silicon Valley, where he also sits on the boards of Opendoor (a leader in online residential real estate) and Wealthfront (a next generation financial services company). Philanthropically, Jason served on the board of Management Leadership for Tomorrow for over 10 years and currently serves on the board of Habitat for Humanity International. Jason is a listed inventor on 9 patents related to digital media and digital advertising technologies. More important than any of the above, Jason is lucky to be married to his wife Jamie for 23 years and counting. They are doing the best they can to raise four good kids. 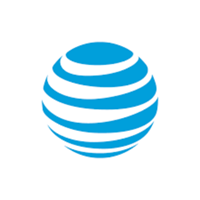