Kenneth Ohashi serves as President of International and Global Retail for all Authentic Brands Group brands, a brand development, marketing and entertainment company which owns a global portfolio of fashion, sports, celebrity and entertainment brands. Mr. Ohashi is responsible for the brand management, business development and marketing of Authentic Brands Group's portfolio of brands, globally. He manage’s the company's worldwide retail and e-com portfolio and joint venture partnerships. Full P&L responsibility with roll up of three international offices. Prior to joining Authentic Brands Group, Mr. Ohashi was Senior Vice President of International and Global Licensing for Aéropostale, where he was responsible for overseeing the brand’s business development, merchandising, planning, corporate and store operations. Under Mr. Ohashi's leadership, the brand’s international business experienced tremendous growth. In less than five years, Aéropostale expanded into new markets across Asia, Europe, India, the Middle East, North Africa and Latin America and opened over 300 stores in 17 countries. Prior to his role as SVP, Mr. Ohashi served as Aéropostale's Vice President of Investor and Media Relations. In this role, Mr. Ohashi managed the company’s $3 billion market cap, as well as relationships with over 30 equity research analysts, the company’s shareholders, media and Board of Directors. Mr. Ohashi first joined Aéropostale in 2002 to transition the company from privately held to publicly traded. He played a core role on the team that led the company through its $275 million initial public offering and $175 million secondary offering. In addition to Fashion Delivers, Mr. Ohashi is on the action committee of Aero Gives, which is responsible for a wide range of charitable endeavors including the ‘Teens for Jeans” program. To date, the program has collected over 5 million pairs of jeans to clothe homeless teens. Prior to joining Aéropostale, Mr. Ohashi spent several years in Arthur Andersen LLP’s Business Assurance and Advisory Group, where he specialized in audit and consulting to retail, fashion, advertising and pharmaceutical companies. Mr. Ohashi lives in Brooklyn with his husband and two children. Mr. Ohashi’s work has been recognized by some of the nation's most prestigious institutions. In February 2010, Mr. Ohashi was ranked first in Institutional Investor (II) Magazine’s annual Wall Street survey in the ‘Best Investor Relations Officer’ category, and was named to the publication’s 2010, 2011 and 2012 All-American Executive teams. In February 2011, Mr. Ohashi was also named “Best IRO” in the mid-cap 400 by Bloomberg and Investor Relations Magazine. In 2015, Mr. Ohashi was also named one of 50 Outstanding Asian Americans in Business by the Asian American Business Development Center. 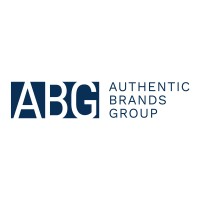