Cloud-based business tax compliance automation provider Avalara has announced the appointment of Kathleen Weslock as its new Chief Human Resources Officer. In the role, Weslock will be responsible for overseeing the company’s human resources strategy, focusing on people, culture, and continued growth. She will report directly to company CEO Scott McFarlane.

“Kathleen is a proven human resources leader who has successfully managed and scaled talent programs for some of the world’s most well-known global companies,” said McFarlane. “Her track record of leading robust human resources strategy and creating inclusive workplace culture makes her an ideal addition to Avalara. Kathleen will lead Avalara’s human resources team to help our rapidly growing company quickly scale.”

Weslock brings more than two decades of senior human resources experience to the team at Avalara. She most recently served as Chief Human Resources Officer at Livent, a lithium technology start-up based out of Philadelphia. Before that, Weslock lead HR functions at multiple public and private companies, including Cisco Systems, Deloitte, and FIS (formerly SunGard Data Systems), among others. 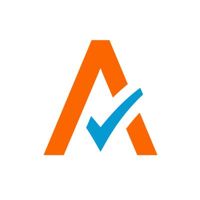