Richard B. Lanman, M.D. was appointed to the BIOLASE Board of Directors in November 2017. Dr Lanman is a well-known biotechnology entrepreneur who specializes in accelerating the development and adoption of novel medical technologies. He is a board-certified neurologist and physiatrist currently serving as the Chief Medical Officer at Guardant Health, Inc. During his career, he has served on a number of Boards of Directors and Advisory Boards and he has authored 45 articles that have been published in peer reviewed scientific journals. He has been appointed to serve on the Company's Audit, Compensation, and Nominating and Corporate Governance committees. Dr. Lanman joined Guardant Health, Inc. in September 2014 and as its Chief Medical Officer, he has planned and executed the clinical and analytical validity, and clinical utility studies to bring novel cell-free DNA next generation sequencing technology to widespread adoption. From July 2008 until September 2014 Dr. Lanman was with Veracyte, Inc., where he drove the validation and clinical utility studies required to commercialize genomic diagnostics in thyroid and lung neoplasia that facilitate improved diagnosis utilizing small, minimally-invasive biopsies. Veracyte went public in 2013. He also previously served as Chief Medical Officer for two cardiovascular biodiagnostic companies, diaDexus and Atherotech, and prior to that, Dr. Lanman was the medical director and senior vice president of San Jose Medical Group and a Chief of Quality at Kaiser Permanente. 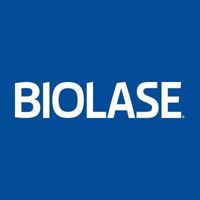