Ms. Getz was appointed Executive Vice President and Chief Financial Officer in May 2017. Ms. Getz joined us in May 2009 and previously served as our Senior Vice President and Chief Financial Officer and prior to that our Vice President of Finance. From April 2008 to May 2009, Ms. Getz was Vice President of Finance at Alita Pharmaceuticals, Inc., a privately held specialty pharmaceutical company, where she was responsible for all areas of finance, accounting and information systems. Prior to joining Alita Pharmaceuticals, Inc., from March 2002 to April 2008, Ms. Getz held various financial leadership positions at VIASYS Healthcare Inc., a healthcare technology company acquired by Cardinal Health, Inc. in July 2007, including directing the company’s global financial planning, budgeting and analysis, and external reporting functions. From June 1997 to February 2002, Ms. Getz began her career at Sunoco, Inc., where she held various positions of increasing responsibility. Ms. Getz received her undergraduate degree in Accountancy and a Master of Business Administration degree from Villanova University. 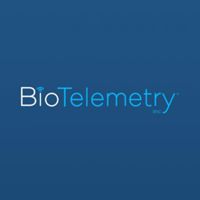