Robert Goldstein, Senior Managing Director, is BlackRock's Chief Operating Officer and the Head of its BlackRock Solutions business. He is a member of the Global Executive Committee and co-chair of the Global Operating Committee. As COO, Mr. Goldstein helps oversee the day-to-day global business of the firm and ensures that the organization, including its investment, client, risk and technology functions, have the necessary connectivity, coordination and operating processes. Mr. Goldstein also leads the BlackRock Solutions business, which leverages the firm’s unique risk analytics capabilities and capital markets insights to deliver unbiased advice and expertise to companies, organizations and public institutions. Prior to assuming the COO role in 2014, Mr. Goldstein headed the firm's Institutional Client Business. In this role, Mr. Goldstein managed BlackRock’s institutional relationships across the globe, drove business development efforts and helped clients craft innovative solutions to meet their investment objectives. He began his career in 1994 as an analyst in BlackRock's Portfolio Analytics Group and later worked as a risk advisor to mortgage and insurance clients. In his more than 20 years at the firm, Mr. Goldstein has been instrumental in developing many of BlackRock’s foundational processes and capabilities, including its risk management platform and client service operation. Mr. Goldstein was twice-named to Fortune's “40 under 40" list and, for the past five years, he has been identified as one of the top technology entrepreneurs in the financial services industry by Institutional Investor’s "Tech 50" list. He co-authored "Nonagency Residential Mortgage-Backed Securities" in the eighth edition of The Handbook of Fixed Income Securities and is a frequent speaker at industry conferences and meetings. Mr. Goldstein serves on the Board of Trustees for the Battery Conservancy in New York and the Board of Advisors for the Hospital for Special Surgery. Mr. Goldstein earned a BS degree, magna cum laude, in economics from Binghamton University in 1994. 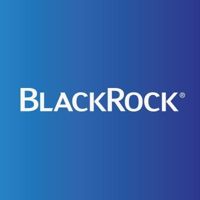