Blackstone (NYSE:BX) today announced that Ruth Porat, Chief Financial Officer of Alphabet Inc. and Google Inc., has joined its board of directors.

Ruth joined Google as Senior Vice President and Chief Financial Officer in May 2015 and has also held the same title at Alphabet since it was created in October 2015. Previously, she spent 27 years at Morgan Stanley, most recently serving as Executive Vice President and CFO of the company. She held a number of prior senior roles at the bank, including Vice Chairman of Investment Banking, Global Head of the Financial Institutions Group, and Co-head of Technology Investment Banking. At Morgan Stanley, she led many milestone transactions, including Blackstone’s IPO in 2007.

Commenting on the appointment, Stephen A. Schwarzman, Blackstone Chairman, CEO and Co-Founder, said: “I first worked closely with Ruth during Blackstone’s IPO and greatly admire her talent and judgment. She possesses a deep understanding of the financial services industry from her years on Wall Street and has had a front row seat in Silicon Valley to the technological revolution that is sweeping the world. Her unique perspective will be a tremendous asset to Blackstone’s board.”

Jon Gray, President and COO of Blackstone, added: “We are thrilled to have Ruth joining Blackstone’s board. She’s an exceptional leader and a wonderful person. I know she will have a powerful impact on our firm, given her wealth of experience from both the finance and technology worlds.”

Ruth Porat added: “I’ve known Steve, Jon and the Blackstone leadership team for many years and have always admired Blackstone’s business and culture. The firm’s tremendous growth, success and innovation is a testament to the quality of its people and the strength of its global platform. I hope to contribute as a member of the Board.”

Porat is Vice Chair of Stanford University’s Board of Trustees and a member of the Board of Directors of the Stanford Management Company, the University’s endowment. She is a member of the Aspen Institute Economic Strategy Group and the Hutchins Center on Fiscal and Monetary Policy at the Brookings Institution. She holds a BA from Stanford University, an MSc from The London School of Economics and an MBA from the Wharton School. 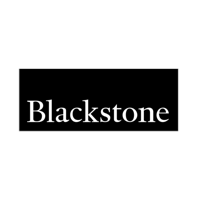