Kelly Lefferts was named Executive Vice President, Chief Legal Officer and Secretary in July 2019 after serving as Group Vice President, US General Counsel and Secretary since September 2015. As CLO, Kelly oversees the legal team at Bloomin’ Brands. She joined Bloomin’ Brands in 1997 as Corporate Counsel and has held other positions of increasing responsibility. Previously, Kelly was an attorney with the law firm of Foley and Lardner, practicing in general corporate and business matters, mergers and acquisitions, securities, executive compensation, and commercial lending. She was a founding member of the Board of Directors of the Restaurant Law Center, a public policy law association affiliated with the National Restaurant Association. Kelly earned an LLM degree from New York University, and a Juris Doctor degree and a bachelor’s degree in advertising from the University of Florida. She was admitted to practice in 1992. 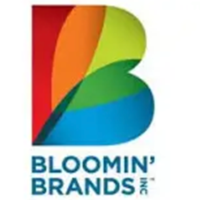