View in org chart
View in org chart
Brad Rothbaum is Managing Director & Head, U.S. Global Markets, and Chief Operating Officer of BMO Capital Markets Corp. and Head of the U.S. Branches which include New York, Chicago, and an Agency Office in Houston. Brad is a member of the US Management Committee and Chairs the BMO Capital Markets Corp. Board of Directors. He joined Bank of Montreal in December of 2009. Prior to joining BMO, he was the Executive Vice President and Chief Operating Officer of Paloma Securities LLC in Greenwich, CT, part of the multi strategy Paloma Partners hedge fund complex. Brad has served on the Board of Directors of the United Way of New York City since 2014 and is a member of their Executive Committee. Brad is also a Trustee for the Citizens Budget Commission in New York City since 2016. Brad co-founded a scholarship for graduating seniors at Francis Lewis High School in Queens, NY, his alma mater, which recognizes students who have successfully overcome obstacles in their non-academic lives. Brad holds an MPA in Public Finance and a BA in Political Science/History from the University at Albany Rockefeller College of Public Affairs and Policy. Brad is a Co-Executive Sponsor for the BMO Alliance for Women and PRIDE (Personal Rights in Defense and Education), two BMO Enterprise Resource Groups supporting our employees, and is a member of the BMO Federal PAC Advisory Committee. 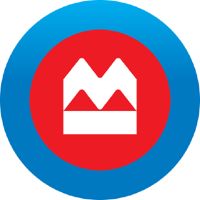