Advisory Board Member at Boom Supersonic

Phil Condit is the former Chairman and CEO of The Boeing Company, where he helped transform the company into a broad-based, global enterprise. Condit led the acquisition of McDonnell Douglas, and Boeing’s revenues more than doubled during his service. He began his career working on Boeing’s supersonic transport program and has long shared Boom’s passion for faster flight. Condit has held leadership roles on a large number of Boeing commercial programs, including the 747 and 757. As an executive vice president and general manager, he led the team that launched the 777, where he pioneered integrated design and build teams comprising customers, suppliers and employees. Condit has served on the boards of Nordstrom, Hewlett-Packard, Boy Scouts of America, and the Pacific Science Center and a number of philanthropic boards. He is a member of the National Academy of Engineering, and an Honorary Fellow of the Royal Aeronautical Society and the American Institute of Aeronautics and Astronautics. 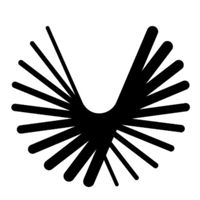