Mr. Wellons has served as President and CEO of the Boys & Girls Clubs of Delaware since July 2017. Mr. Wellons works closely with his Executive Team and Board Executive Committee to ensure the organization achieves its mission through strategy development and implementation and sound business practices. John joined Boys & Girls Clubs of Delaware in 2012 as Chief of Staff where he focused on business operations, fundraising and board development. Prior to starting with the Boys & Girls Clubs of Delaware in 2012, he held leadership positions with the Buccini/Pollin Group, Bank of America, MBNA America, KPMG Australia, and KPMG Consulting U.S. John earned a bachelor of business administration in accounting from the College of William & Mary and is a former CPA in the Commonwealth of Virginia. John is a Trustee of the Hagley Museum and Library, Christiana Care Health System and a founding board member of First State Squash. John has served on the boards of the Delaware Community Foundation and Pilot School. 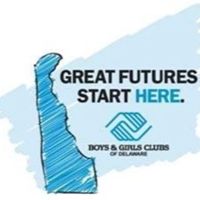