Pierre has 15 years of experience working with individuals with Autism Spectrum Disorder, as well as other developmental and behavioral challenges. His introduction into the field was at the Douglass Developmental Disabilities Center at Rutgers University in 2000. There, he also began and completed his coursework for his BCBA credential while obtaining his graduate degree at Capella University in Education, with a specialization in performance improvement. Pierre has used that combination of experience and education in subsequent roles at Gloucester County Special Services School District and at Bancroft; most recently as Director of Clinical Training. Throughout that time, Pierre has continued to work with children and adults with various challenges including those who have experienced traumatic events. Additionally, Pierre currently teaches Intro to Applied Behavior Analysis at Camden County College and has also taught ABC's of ABA for Rowan University. Pierre's other interests include Organizational Behavior Management and leadership development. 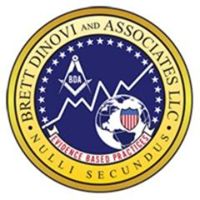