Shane commenced his actuarial career in 1994 working for National Provident Institution, a life and pensions company, where he spent six years before moving into health insurance with AXA PPP Healthcare, managing the actuarial pricing and capital modelling capability for the organisation. Shane remained at AXA for over four years before a move into the general insurance arena led him to Brit in 2005 where he has undertaken various roles managing the reinsurance and global markets actuarial teams and the catastrophe modelling team, culminating in his appointment to Chief Risk Officer and Chief Actuary. Shane holds a BSc degree in Statistics and a M.Litt degree in Management, Economics and Politics, both from St. Andrews University. He is a Fellow of the Institute of Actuaries. 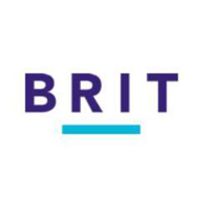