UK battery company Britishvolt has made Ray Macera its new Project Director, overseeing construction and implementation of Britain’s first battery gigaplant. Mr. Macera will report to Britishvolt CEO Orral Nadjari, with the Wales gigaplant expected to be ready to start battery production in 2023.

"Our mission is for the gigaplant to begin supplying the automotive and energy industries with world-class batteries, powering the electric revolution,” said Mr. Nadjari. “So, it's essential that we hire world-class talent and forge leading partnerships to help us achieve our goal.

"It's exciting to be involved in such a strategically important project for Britain's industrial future,” said Mr. Macera. “Building a gigaplant in Wales is a giant task, but with such a focused mission and such strength in depth with the pedigree of Britishvolt's appointed partners, we are already off to a strong start." 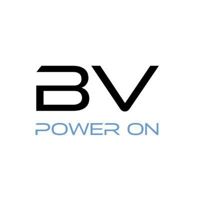