Javier Baldor steps into his new role from the position of Executive Vice President. He has been with BST Global since 1989 in a range of different roles. As Chief Executive Officer, he will lead the company’s global business, and play a leading role in developing and implementing its overall business strategy.

"My father built this business from the ground up, which has flourished over many decades, by clearly fostering a vision and leading by his example of sheer dedication, compassion and hard work,” said Javier Baldor. “It is a privilege and great honor to follow in his footsteps, continue the mission that he started nearly 50 years ago and build upon it with an extraordinary team of professionals around the world."

Carlos Baldor Jr. joined BST Global in 1988, most recently serving as Vice President. As well as helping to drive the company’s strategic delivery, he will play an important role in developing the next generation of talented innovators within its team.

"Carlos Sr. was an engineer by schooling and enjoyed using technology to solve problems,” said Carlos Baldor Jr. “He was a true innovator and pioneer leveraging technology since the early 1970s when computers were in their infancy. This spirit has always excited me and it continues to fuel the company as it looks forward to the future with the goal of helping our clients and users achieve more and make their lives easier." 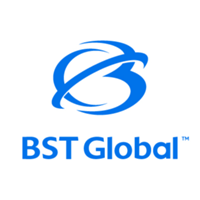