Mark Schoofs is the editor-in-chief of BuzzFeed News, where he oversees an award-winning news organization that reaches tens of millions of people each month. Over the course of his 30-year career, Schoofs has earned a Pulitzer Prize for reporting on AIDS in Africa at The Village Voice; shared in another Pulitzer Prize at The Wall Street Journal for reporting on the 9/11 terrorist attacks; led a team of investigative journalists at ProPublica; and, in 2014, created BuzzFeed News’s investigations team, which is now a two-time finalist for the Pulitzer Prize, and winner of the Polk and National Magazine Awards. Schoofs began his career editing Chicago’s weekly LGBTQ newspaper, The Windy City Times. Schoofs also serves on the faculty at USC Annenberg, allowing BuzzFeed and the school to build a unique collaboration. 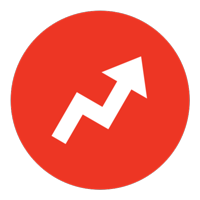