Yiming Zhang is the founder and CEO of ByteDance. A lifelong entrepreneur, prior to ByteDance Yiming founded several ventures including a real estate search portal. Previously, he served as the Director of Technology at Kuxun, then the dominant travel and transportation search engine in China, where he led a team of more than 40 engineers. Kuxun was later acquired by TripAdvisor. Yiming has received numerous industry accolades, including being named to Forbes China’s "30 Under 30" list, as well as Fortune China’s lists of "40 Business Elites Under The Age Of 40" and "50 Business Pioneers In China". Yiming holds a bachelor’s degree in Software Engineering from Nankai University. In March 2020 Yiming appointed two executives to manage operations in China, so that he could focus on issues in the U.S. and other overseas markets where the company is betting on growth. 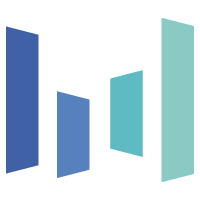