REDWOOD CITY, Calif.--(BUSINESS WIRE)--Caffeine, the social broadcasting company, announced the hiring of two of unscripted TV’s veteran executives, Tori Socha and Ilia Flagg. Tori has been appointed to Caffeine’s leadership team as Chief Content Officer and Ilia heads production as Vice President of Caffeine Studios. Together, they will bring a diverse slate of live and interactive content to the platform for a new generation of viewers.

Tori joins from Paramount Network (fka SpikeTV) where she was Vice President, Original Series, overseeing such hits as Ink Master, Bar Rescue and the reboot of Wife Swap. Before that, she served in executive roles at TLC and Syfy and started her career at CBS and William Morris Agency. Ilia was most recently Senior Vice President of Current Programming at Intuitive Entertainment. Before that, she was a creative force behind American Idol, America’s Top Model, and The Rap Game at Netflix, FOX, CW, Lifetime and others.

Caffeine’s social broadcasting platform is unique in the way that it lets audiences discuss, react and impact outcomes in real-time. Its sheer immediacy enables new ways to bring live content to life and make it interactive for the communities that enjoy it. This represents an opportunity for many types of content, including unscripted TV, to evolve for younger, mobile-first audiences that are looking to engage directly with the content.

“I have worked on some of the best shows in unscripted and it is incredible to think about how they would have been different on a platform like Caffeine where we can deliver both content and social connection,” said Socha. “Working with creators is the greatest part of this job and it’s exciting to talk to them about a potential new home for their content and fans.”

“Last year, Caffeine produced some of the largest and most engaging entertainment streams in the world,” said Caffeine CEO Ben Keighran. “Under Tori and Ilia’s leadership, we will build on that success and deliver more high-caliber, deeply engaging experiences. Their joining Caffeine should signal to creators an opportunity to partner with Caffeine to build the future of live broadcast.”

Caffeine recently renewed a collaboration with Drake to bring a new slate of battle rap content to Caffeine in 2021 in partnership with Ultimate Rap League (URL). Last year, 8.7 million people tuned in to watch battle rap on Caffeine, with audiences reaching 350,000 for a single event. Some battles averaged over 100 minutes in watch time and they regularly trended #1 on Twitter. This content is produced by Caffeine Studios, which was created to deliver high production value to the new world of live streaming entertainment. 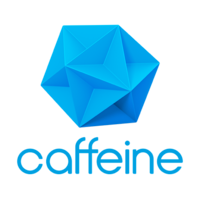