James Brunger serves as executive vice president, national sales of Capital Square. Prior to joining the firm, he was senior vice president at LaSalle Investments, a wholly owned subsidiary of Jones Lang LaSalle (JLL), where he managed the distribution of REITs and real estate products throughout the eastern United States. In this capacity, Brunger worked with leading FINRA licensed broker-dealers and RIAs. During his tenure, investments in the flagship REIT, JLL Income Property Trust, grew from a seed investment to $1.8 billion. Previously, Brunger served as the national sales manager for Sterling Foundation Management, where he managed a team of professionals, assisted family offices and ultra-high net worth individuals in formations and managed private family foundations, donor advised funds, and charitable trusts. He was also a regional vice president at New York Life/MainStay Investments where he was responsible for wire-house broker-dealer distribution and he facilitated over $300 million in annual sales of investment and insurance-related products. Brunger also served as regional vice president for Fidelity Charitable Services, a Fidelity Investments Company. While there, he worked with attorneys, accountants and families structuring donations of private business interests, real estate, private stock and public stock into the Fidelity Charitable Gift Fund, a national donor advised fund program. The program grew from $700 million to more than $2.5 billion in annual gifts. Brunger holds the Chartered Advisor in Philanthropy (CAP) designation from The American College, and FINRA licenses Series 6, 7 and 63. Brunger earned a bachelor’s degree in English and political science from the University of Vermont. 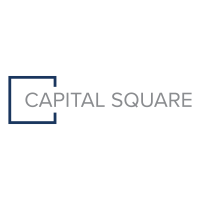