Director of Research at Cardiol Therapeutics

Dr. Bolton graduated from the University of London (BSc) in 1967, and from the University of Reading (PhD) in 1970. He was awarded the degree of DSc by the University of Reading and was elected to Fellowship of the Royal College of Pathologists (FRCPath) in 1990. Dr. Bolton’s academic career included positions with the Medical Research Council in Edinburgh (1970-76; tenured member of scientific staff), St. Bartholomew’s Hospital, London (1976-79; Deputy Director, Immunoassay Research Unit) and the University of East London (1979-85; Reader in Biochemistry). He was appointed Head of Department and Professor of Biomedical Sciences at Sheffield Hallam University (1985-92) and Scientific Director, Biomedical Research Unit, Jessop Hospital for Women, Sheffield (1992-95). His areas of research focus include diagnostics, reproductive physiology, infertility, and immunology/inflammation. Dr. Bolton was co-founder and VP Research, Intermune Life Sciences Inc, Toronto (1992-1995), a biotech company developing technologies in human infertility, and was co-founder, Director of Research, and ultimately CSO, Vasogen Inc (1992-2008), a company investigating novel anti-inflammatory therapeutic approaches to cardiovascular disease. Dr. Bolton has published over 100 research papers and is named inventor on 15 issued patents. 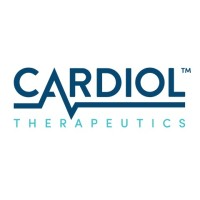