Charles “Chuck” Duginski joined Chaparral in 2019 as President and Chief Executive Officer. Mr. Duginski most recently served as Chief Operating Officer, Senior Vice President, and board member of Tapstone Energy, LLC. Prior to joining Tapstone, Mr. Duginski served as Chief Operating Officer of Echo Energy. He also served as Vice President – Southern Region Production of Continental Resources, Inc., where he had operational and technical responsibility for the Anadarko Basin. Before Continental, Mr. Duginski held various positions of increasing responsibility at Chesapeake Energy Corporation, including District Manager – Haynesville, then Vice President – Haynesville/Barnett Business Unit. Mr. Duginski began his career in technical roles at Mobil Oil and ExxonMobil and holds a Bachelor of Science in Mechanical Engineering from the University of Oklahoma. 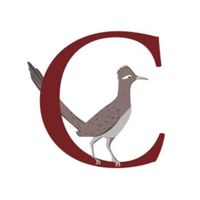