Dr. Eibner is an internationally recognized human rights activist, who has worked for CSI for 30 years. He has helped to lead the organization’s human rights and humanitarian activity, representing threatened religious minorities in regions such as Nagorno Karabakh, Sudan, Iraq and Syria.

"Religious persecution is more widespread and violent than ever before,” he said. “My goal is to intensify CSI's special campaigns for genocide prevention in Nigeria, and for the preservation of religious pluralism in Syria. CSI's voice must become more impactful in the promotion of religious freedom and human dignity, especially in strategically important countries like Saudi Arabia, Turkey and China."

Dr. Eibner will also continue in his existing roles as director of CSI Switzerland and president of CSI’s USA chapter. 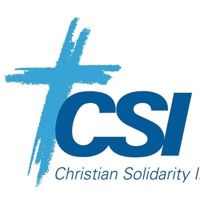