View in org chart
View in org chart
Juan Luis Ortega has 20 years of insurance industry experience. He was named Regional President of Latin America in 2016 and served as Regional President of Asia Pacific from 2013 -2016, a position he retained after ACE's acquisition of Chubb. Previously, Mr. Ortega served as Senior Vice President, A&H, for the company's Asia Pacific region. He joined ACE in 1999 and advanced through a series of accident and health and credit insurance management positions in Miami, Puerto Rico and Mexico, before being named Country President of Chile in 2005, where he was responsible for ACE's P&C, A&H and life insurance businesses in that country. Mr. Ortega has also served as Senior Vice President and Regional Head of Accident & Health for the company's Latin America region. Mr. Ortega earned a Bachelor of Science degree in Finance and Business Administration from Universidad Diego Portales, Chile. 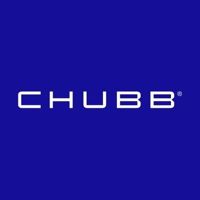