View in org chart
View in org chart
Michael Capatides leads CIBC’s U.S. Region, which includes middle market commercial banking, wealth management, private banking, and retail and digital banking in the United States. He and the U.S. leadership team are focused on expanding our U.S. businesses as CIBC continues to build a strong North American platform to serve clients. Mr. Capatides was instrumental in the acquisition of The PrivateBank in 2017, and played a lead role in the integration process. He also continues to lead CIBC’s Strategy and Corporate Development team. Mr. Capatides has been part of CIBC's leadership team for more than 20 years. Previously, he was Senior Executive Vice-President, Chief Administrative Officer and General Counsel from 2008 to 2019, including oversight for CIBC FirstCaribbean International Bank. Prior to that Mr. Capatides held progressively more senior roles and was first appointed as CIBC’s General Counsel in 1999. He joined CIBC in 1996 as General Counsel and Managing Director of CIBC Capital Markets, with responsibility for legal and compliance matters for this business globally. Before joining CIBC, Mr. Capatides was a partner with Mayer, Brown & Platt from 1988. He previously served as a vice-president in the legal departments for Citibank and Chemical Bank, and began his career as an associate at Shearman & Sterling in 1980. 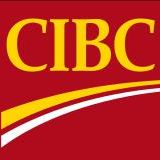