Steve is at the helm of the company’s high-level strategy and robust growth efforts. Since taking on the CEO role in 2015, Steve has been the driving force behind impressive year-over-year revenue growth, ongoing margin expansion and an aggressive campaign to continuously improve the customer experience. Under his leadership, Cinch has doubled in size over the last four years, embraced a new tech-forward philosophy and adopted a refreshed brand identity. Prior to joining the company, Steve served as president of Affinion Group and CEO of Global Engagement Solutions where he helped improve and streamline clients’ customer engagement programs, build brand loyalty and drive revenue growth for thousands of marketing partners worldwide. During his tenure with Affinion Group, he served in a variety of capacities with progressive responsibility, including five years as CEO of Affinion International. Steve’s other previous roles include CEO of Global Financial Services, CEO of Affinion North America, and COO of Affinion Group. 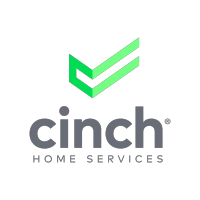