Mr. Harris, 59, was appointed to the Board of Directors on January 7, 2021. Mr. Harris most recently served as vice president of Business Development for Raytheon Company and chief executive officer of Raytheon International, Inc. where he oversaw worldwide sales and marketing, international business and government relations operations functions. He was also responsible for developing and leading the execution of Raytheon's global business strategy. Mr. Harris joined Raytheon in 1983. Throughout his career, he held positions of increasing responsibility, including vice president of Operations and Contracts for Raytheon's former Electronic Systems business, vice president of Contracts for the company's government and defense businesses, and vice president of Contracts and Supply Chain for Raytheon Company. In 2010, he was named president of Raytheon Technical Services Company (RTSC). Mr. Harris also served as general manager of Raytheon's Intelligence, Information and Services business, where he was responsible for the consolidation of the former RTSC with Raytheon's Intelligence and Information Systems business. Mr. Harris served on the RTCA NextGen Advisory Committee, the Board of the USO of Metropolitan Washington, D.C., the National Advisory Council on Minority Business Enterprise with the U.S. Department of Commerce, and was a member of the Council of Trustees for the Association of the United States Army. He served as Raytheon's Executive Diversity Champion in 2007-2008, leading the Executive Diversity Leadership Team and providing strategic direction for the company's overall diversity and inclusion efforts. In February of 2010, Mr. Harris was honored with the prestigious Black Engineer of the Year Award. 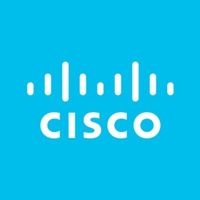