ADAM GENEI ’16 is the owner of Mobsteel, which started as a one bay garage with a welding bench and a mission to celebrate the automotive industry. The name has grown into a worldwide brand, with that same mission giving life to the Detroit Steel Wheel Company. Embodying the ideals of Mobsteel, Detroit Steel Wheel Co. has become the resurgence solution for manufacturing in the US. The Mobsteel brand has continued to strengthen its relationship with the Big Three and celebrate the success of businesses whose efforts lie within this country. Mobsteel has become a hit reality TV show featured on national cable television NBCSN in 2015 and in 2017 the History Channel signed on Adam and his Mobsteel crew for a new series called Detroit Steel. In 2016, Genei received the Friedt Medallion and an Honorary Degree, Doctor of Science in Business Administration from Cleary University. Trustee from 2018 to present. 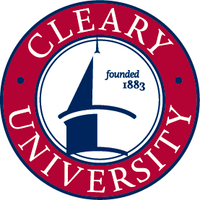