Gail Heimann is President and Chief Executive Officer of Weber Shandwick, a leading global communications network that delivers next-generation solutions to brands, businesses and organizations in major markets around the world. Gail believes that Weber Shandwick’s highest purpose is “solving” – addressing the toughest problems and issues of clients across the globe in a way that delivers measurable, positive impact. She oversaw the development of the firm’s evolved service delivery model, designed to drive the kind of deep integration it takes to solve for clients, whether it be locally, regionally or globally. She is dedicated to continuing to build an organization differentiated by the depth of its specialist expertise, its commitment and willingness to innovate and its culture of collaboration. Gail has spent the better part of her career at the epi-center of solving through idea-creation. She brings a relentless pursuit of ideas that touch, move, build, transform and deliver results. In recent years, Gail has accelerated innovation and activation across the firm’s global practice areas, with a particular focus on its digital services and analytics operations. Gail has helped to build brands and burnish reputations for organizations across the industry spectrum – from the technology and finance sectors to food & beverage and healthcare. Gail was a catalyst in Weber Shandwick being twice named as the only PR agency to the prestigious Ad Age Agency A-List in 2014 and 2015, and featured as an A-List “Standout” Agency in 2017 and 2018. Weber Shandwick was also PRWeek’s Global Agency of the Year four years in a row (2015 to 2018) and The Holmes Report‘s Global Agency of the Year in 2014, 2015 and 2017. Under Gail’s leadership, Weber Shandwick has won nearly 100 Cannes Lions in partnership with leading brands around the world. Gail has served on three juries at the Cannes Lions International Festival of Creativity: President of the Public Relations jury in 2012; a member of the inaugural jury for the Glass Lions, which celebrate work that breaks through gender bias and stereotypes, in 2014; and a member of the Cannes Lions Titanium jury in 2018. In 2019, Gail was honored twice by PRWeek as US Agency Professional of the Year and Global Agency Professional of the Year. In 2016, she was inducted into PRWeek’s inaugural Hall of Femme, recognizing female trailblazers in communications. And in 2015, Gail was named to The Holmes Report’s North America Innovator 25 list, which celebrates individuals who accelerate innovation and push boundaries within the public relations industry. Earlier in her career, Gail was named an Ad Age Woman to Watch. Gail and her husband have two daughters and live in New York City. 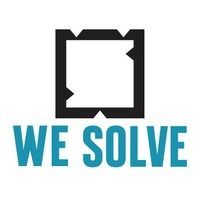