Data intelligence company Collibra has signed two new executives, including one to a newly-created role. Stuart Wilson has been appointed Chief Revenue Officer, and Aileen Black will become the company’s first Vice President of Public Sector.

"Our organization has evolved significantly as we've grown from a startup to the global leader in data intelligence," said Collibra co-founder and CEO Felix Van de Maele. "As data intelligence becomes increasingly central to business operations, it is key that we continue to cultivate a strong leadership team that can drive our next phase forward. I'm excited to collaborate with Stuart and Aileen as we help organizations understand the value of their data in making critical business decisions."

Mr. Wilson joins Collibras from Alteryx, where he led regional sales teams to six years of record revenue growth as Senior Vice President of Sales. An experienced global sales executive, he has also served as Director of Institutional Sales at CIBC World Markets and as a stockbroker at Credit Suisse.

Ms. Black has garnered a reputation for helping to grow public sector companies, most recently as Executive Director, Industry Lead and Group Leader US Government at Google. In that role, she helped Google’s public sector revenue to become one of the fastest-growing regions worldwide. 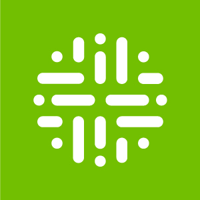